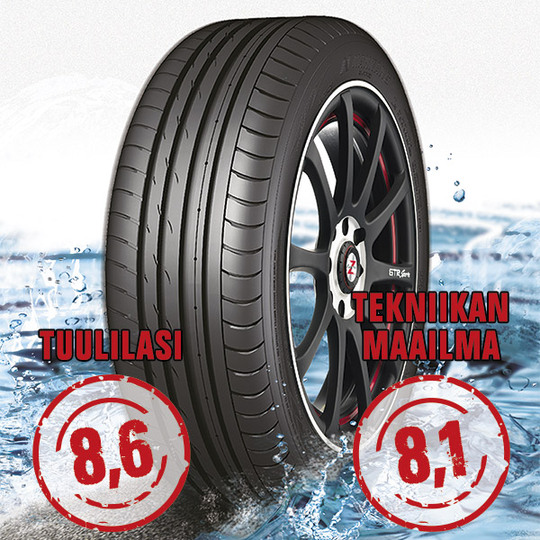 125.95EUR Vat 24%
View other summer tyres with size 225/45R17
Nankang Sportnex AS-2+ is the true winner in wet conditions. The amazing test results by the Finnish tyre magazines Tuulilasi [Windshield] and Tekniikan Maailma [Engineering World] show that Nankang is one of the top tyre manufacturers, while providing tyres for a reasonable price.
Fourth place and impressive grade of 8.6 in the big summer tyre test of Tuulilasi [Windshield].
Nankang Sportnex AS-2+ was placed fourth in the tyre test by Tuulilasi (3/2017). Nankang did especially well in the wet weather conditions. As expressed by Tuulilasi: "The good wet grip is especially pleasing. During rain the behavior of the tyre is perfectly neutral." Nankang did well in other areas too, receiving at least 8 points for every aspect. Due to the stable performance the final grade was only half a point away from the victory.
"The inexpensive Nankang surprised with its improved performance"
Nankang was clearly the most inexpensive tyre in the test, which caught the attention of the judges. Tuulilasi mentioned that Nankang was 50 euros cheaper than the second most inexpensive tyre, and the highest priced tyre in the test was as much as 79% more expensive than Nankang. Despite the inexpensive price, Nankang came fourth in the test, only half a point behind the winner. The inexpensive price was not considered in the grading.
Excellent success in the big summer tyre test of Tekniikan Maailma [Engineering World]
Nankang Sportnex AS-2+ was had a real success in the summer tyre test by Tekniikan Maailma (8/2016) faring incredibly well among its much more expensive competitors. In the end the difference between Nankang and Michelin's grades was 0.4. Nankang received the grade 8.1 while Michelin got 8.5. The difference is nearly nonexistent.
The result was a treat for all drivers who want to buy summer tyres for a reasonable price while being able to trust that they get the safety they need. The safety of the tyres was strongly emphasized in the Tekniikan Maailma test. Nankang was complimented especially for its safety features, such as the wet grip and handling on dry roads.
Nankang's braking traction on wet surface is great
The braking traction of the Nankang tyre on a wet surface received the grade 9, while, for example, Michelin received 8. Nankang was also better than Michelin in braking on a dry surface. For the driving traction on wet and dry, Nankang and Michelin received the same grades.
Excellent design ensures safe results
AS-2 Sportnex fared well in the tests conducted by the famous test center TÜV SUD. In the test the tyre was compared to three leading tyre brands by testing, for example, the traction on dry and wet surfaces, the driving feel, the noise levels and the rolling resistance.
After the successful test AS-2 Sportnex received the TÜV SUD quality standard certification.
See the test report here.
Tyre size calculator
EU Label 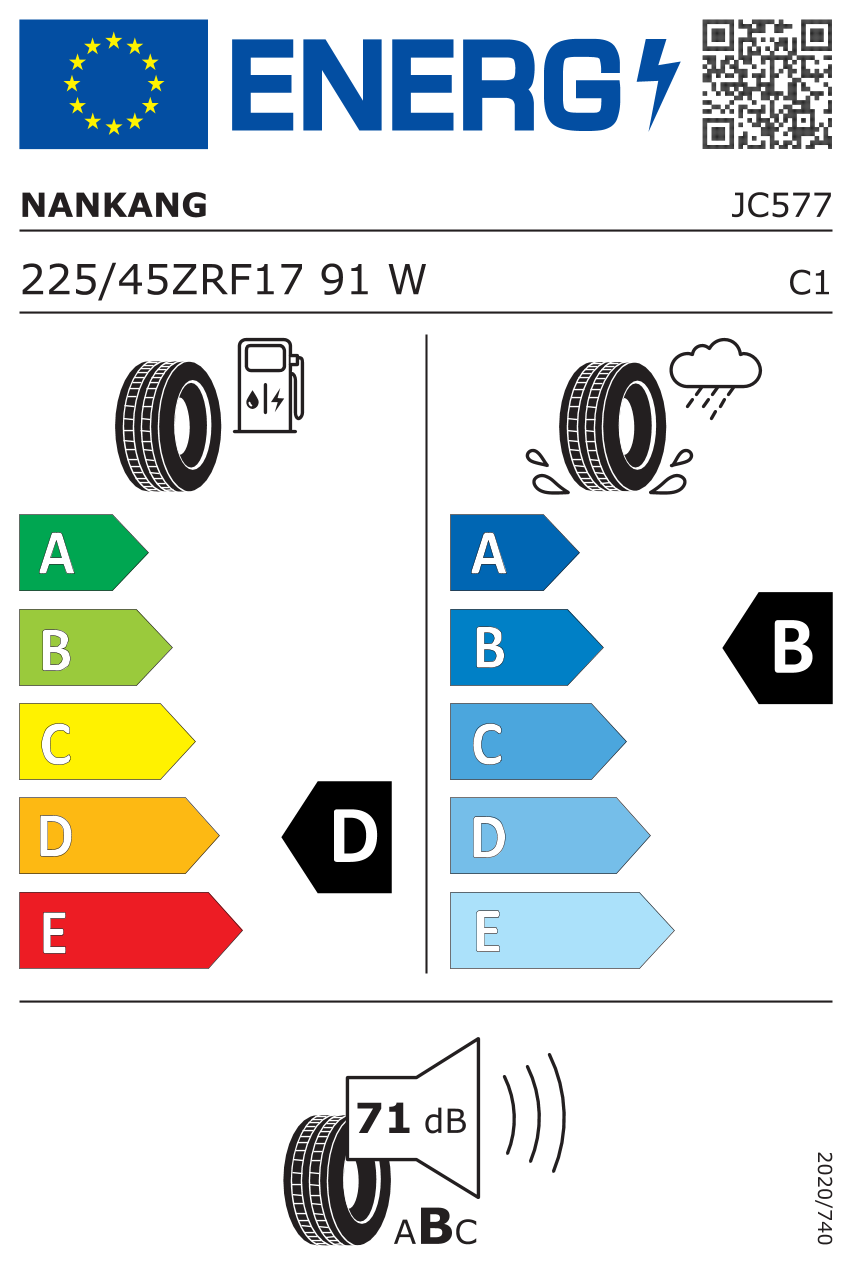 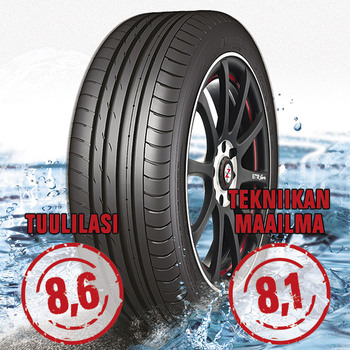